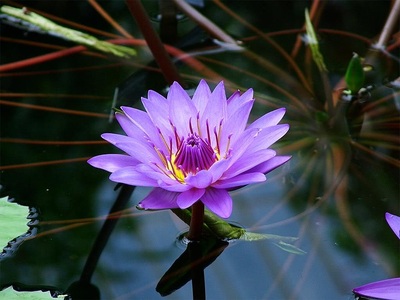 I am still continuing my daydreaming about India and today will have a look at Pushkar – a town famous for its annual two-week camel fair.

Held each November at the time of the Kartik Purnima full moon, Pushkar Camel Fair is one of India’s most highly-rated travel experiences, a spectacle on an epic scale, attracting more than 11,000 camels, horses and cattle and visited by over 400,000 people over a period of around fourteen days.

For visitors it’s a once-in-a-lifetime opportunity to witness the colour, spectacle and carnival of one of the last great traditional melas, which brings livestock, farmers, traders and villagers from all over Rajasthan.

What is really interesting is that during the camel fair, the town’s population swells from 15,000 to 200,000 during the two weeks. Visitors are accommodated in tents, though from what I understand, this is glamping at its best. For those initiated to glamping, it is camping with style – a lot more effort to set up but usually with all the comforts of home, just under canvas.

I also love the etymology of the word Pushkar. Wikipedia says:

Pushkar in Sanskrit means blue lotus flower. Hindus believe that the gods released a swan with a lotus in its beak and let it fall on earth where Brahma would perform a grand yagna. The place where the lotus fell was called Pushkar.

Pushkar is also one of the oldest cities of India. The date of its actual founding is not known, but legend associates Brahma with its creation. It is also one of the few places in the world where they are temples to Brahma and the Brahma Temple in Pushkar is very famous, being built during the 14th century CE . Although Pushkar has many temples, most of them are not very old because many were destroyed during Muslim conquests in the region, causing many to be rebuilt. Pushkar is also considered one of the five sacred dhams or pilgrimage sites for devout Hindus.

We are very much looking forward to visiting Pushkar, it sounds like a paradise for photographers and the thought of the camel fair with its colour, movement and dust is really enticing.

Where would you like to go today: Pushkar Camel Fair http://www.kashgar.com.au/articles/where-would-you-like-to-go-today-the-pushkar-camel-fair (accessed 27 August 2014)